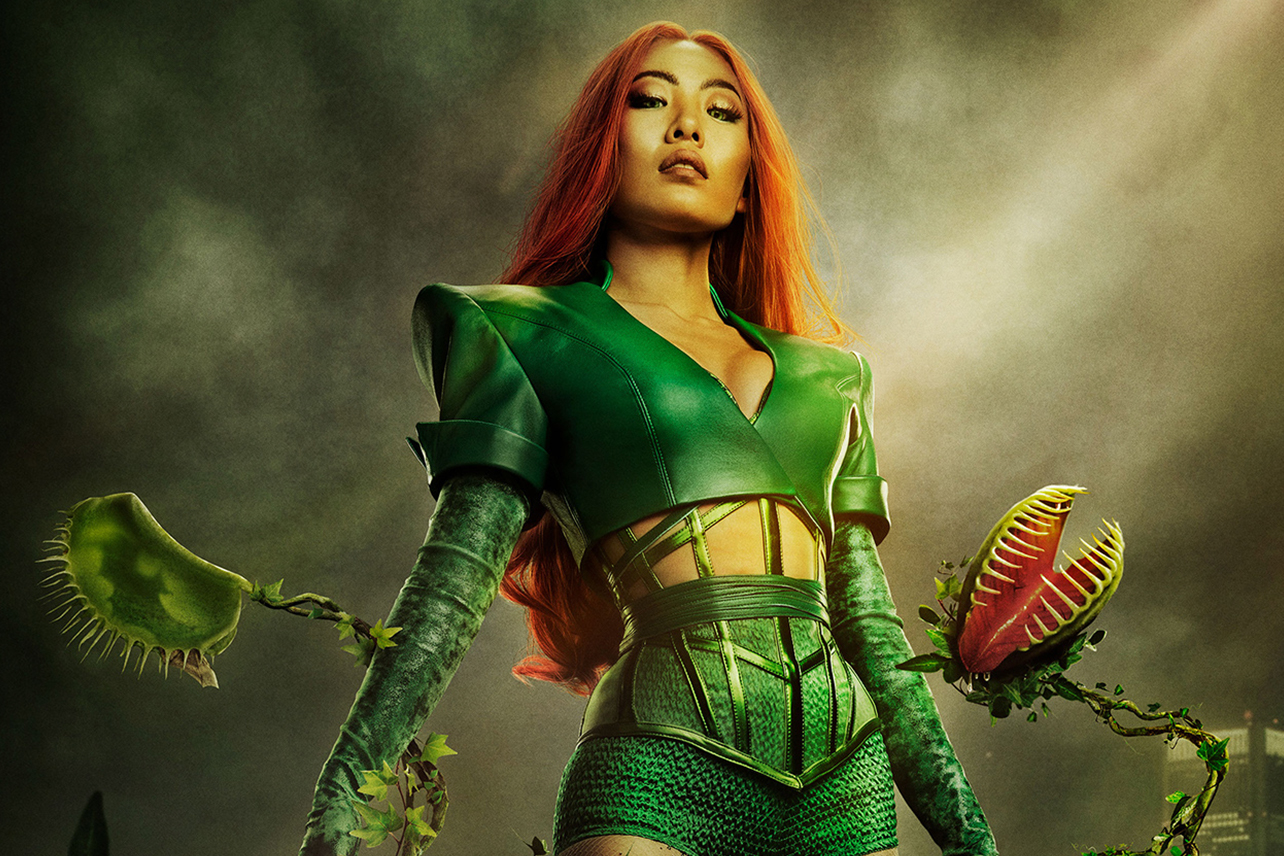 Poison Ivy is officially headed to Batwoman. Today, The CW shared a first look at Nicole Kang in costume as the iconic supervillain. After being infected by a missing “Bat Trophy” — a mysterious thorn — longtime character Mary Hamilton (Kang) will fully step into her new powers in next week’s midseason finale, which airs next Wednesday, November 24.

“I’m so excited to bring you Poison Ivy. She’s here…finally!” Kang said in a statement provided to Decider. “That’s a sentence I never thought I’d say. Wow. In our story, I am most proud that Poison Ivy is an Asian villain whose danger does not stem from her foreignness or her mystique. Instead, we discover her personal motivations alongside those of the OG Poison Ivy’s and see them intertwine in an organic and powerful way. I am so humbled to be a Korean girl in line behind THE Uman Thurman to play the next live action Poison Ivy (what?!).”

Costume designer Maya Mani said that she created Poison Ivy’s new look “to reflect Mary’s desire to be seen and heard by those closest to her, while maintaining her unique eye for fun and fanciful fashion; a strong shoulder and a corset to symbolize a trellis guiding her alter ego upwards.”

The CW also released an official character description hinting at what’s to come now that Mary has stepped into her alter ego: “Now that she’s been infected by Poison Ivy, the selfless and caring Mary Hamilton we’ve come to know and love is taking a backseat to a pernicious and virulent version of herself. No longer content with her supporting role on the Bat Team, Poison Ivy Mary uses her newfound powers to stand up, stand out, and express her most deeply buried opinions and desires. … But more awaits Mary as her destiny delivers her at the root of her new persona, as she realizes her power bloomed to give life to another… Gotham’s long lost and most infamous botanist.”

You can see exactly how this transformation affects the Bat Team for good when the latest episode of Batwoman airs Wednesday, November 24, at 9 p.m. on The CW.

Where to watch Batwoman