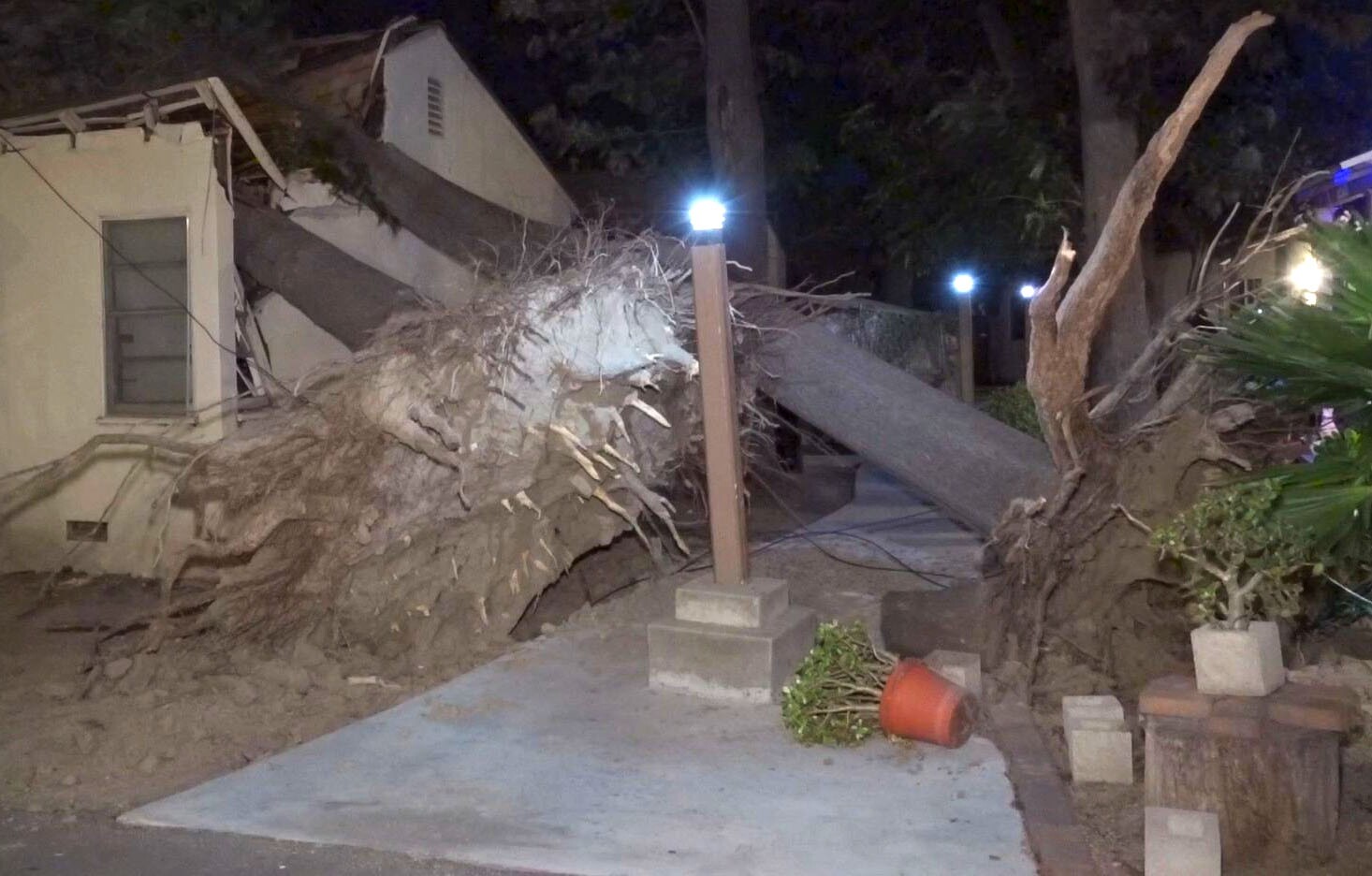 A red flag warning went into effect at 10 a.m. Wednesday for much of Los Angeles and Ventura counties. It will last through 6 p.m. Friday, as gusty northeast winds and bone-dry air bring the potential for critical fire weather in the region, according to the National Weather Service.

Temperatures in coastal and valley areas are expected to hover in the mid-70s through Thanksgiving before warming slightly on Friday and into the weekend, said Ryan Kittell, a meteorologist with the weather service’s Oxnard station.

Beaches might see the warm temperatures on Thursday, he said. “That’s usually the case with Santa Anas,” Kittell said, explaining that the air warms as it drops in elevation.

Southern California Edison said customers could be affected by public safety power shutoffs to reduce the danger of fire from utility lines knocked down by winds.

As of Thursday morning, power was shut off to about 60,000 Edison customers. Another 156,000 customers also could face shutoffs.