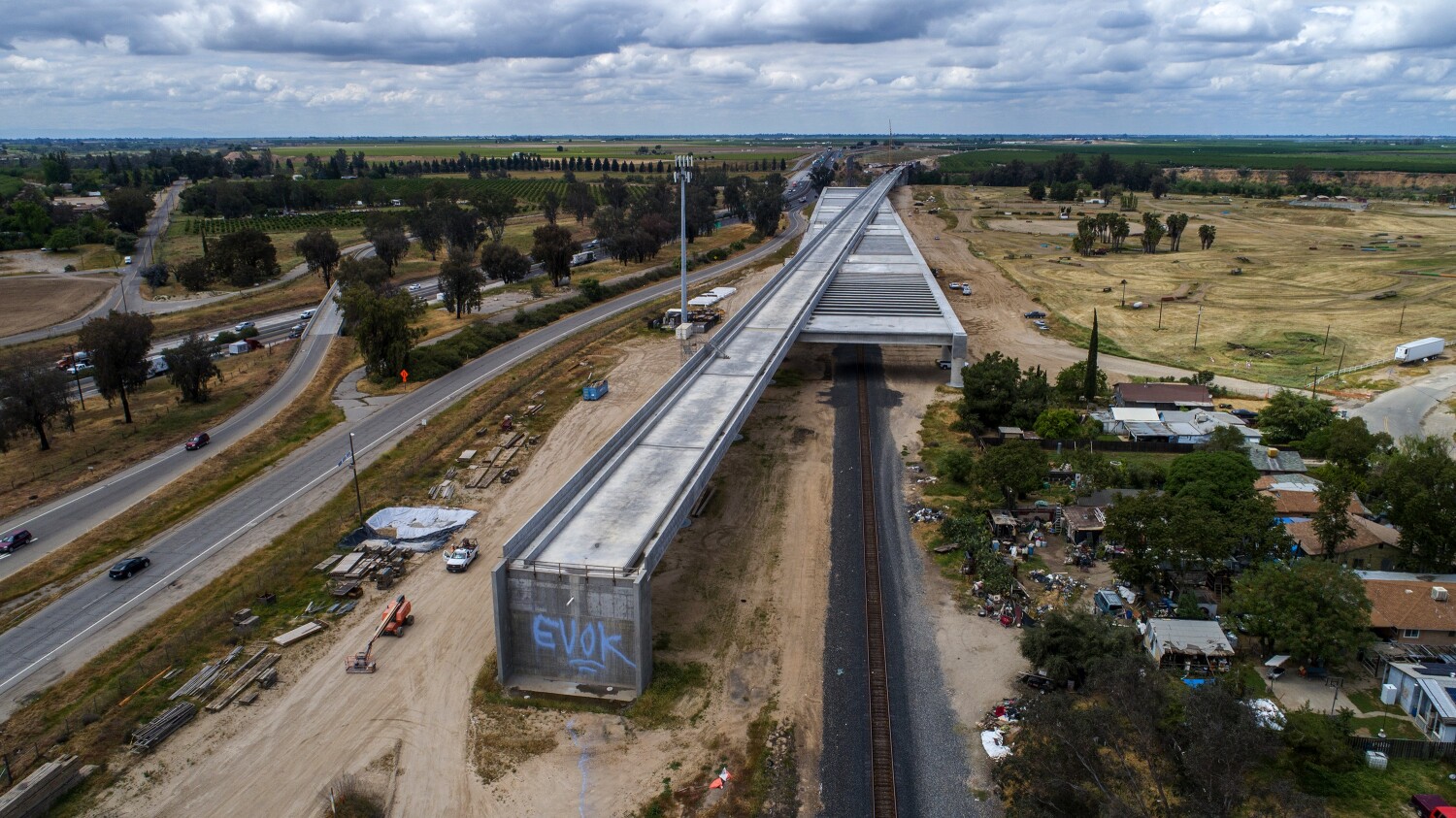 The last pending civil lawsuit seeking to stop the California high-speed rail project hit a wall Tuesday when a state appeals court affirmed a lower court ruling that the project did not violate the California Constitution by adopting a segmented approach to building the system.

The case alleged that the project violated key restrictions written into the 2008 Proposition 1A bond act that required the $9 billion be spent only for segments that are “suitable and ready for high-speed train operation.” The bond act contained a wide range of restrictions that applied to how the money would be spent, the speed of the trains and the trip times it would eventually make between Los Angeles and San Francisco.

The case, brought by San Joaquin Valley farmer John Tos, former high-speed rail Chairman Quentin Kopp and the city of Atherton, was rejected in a 26-page opinion issued by a three-judge panel of the 3rd District Court of Appeal in Sacramento.

The bullet train project has encountered an array of problems with financing, permits, engineering and land acquisition, but it has a near perfect record for surviving legal challenges that could have proved crippling.

The Tos case alleged that the Legislature violated the state constitution when in 2016 it enacted Assembly Bill 1889, which rail proponents said merely clarified the intent of the bond act restrictions. The court rejected arguments that the bill violated the constitution. The meaning of “suitable and ready,” the court said, could be traced to the rail authority’s 2012 business plan, which adopted a blended approach to the system.

The result of the blended system meant that the rail authority has allocated hundreds of millions of dollars to improvements to the Bay Area and Southern California far in advance of any bullet trains that would operate. It is currently building 119 miles of structures between Madera and Wasco and plans in years ahead to operate a 171-mile system between Merced and Bakersfield. When it would reach Los Angeles or San Francisco is uncertain.

The ruling upholds a November 2018 decision by Sacramento County Superior Court Judge Richard K. Sueyoshi, who ruled the legislation did not change the central purpose of the project.

As a practical matter, many political experts doubted that any court would block what is now a $100-billion project based on complex legal arguments. The lengthy decision contains a broad examination of past decisions, going back to the Erie Canal.

Stuart Flashman, an attorney representing the plaintiffs, said he was deeply disappointed by the decision, but acknowledged that he had been warned long ago that he could lose the legal battle. When he asked why, he said he was bluntly told by others: “politics.” Flashman said he doubted it would make sense to appeal the decision to the California Supreme Court, but it would depend on his clients.

Tos, who became the most stalwart bullet train opponent, said the project has had a major effect on his farming operations. The 100-foot-wide rail right of way cuts through a number of his fields at a diagonal, leaving some of them unusable, he said. Separate eminent domain actions are pending.

In another matter, the rail authority recently announced it had secured a $24-million grant from the U.S. Department of Transportation that would help address a long-standing complaint by the city of Wasco about an adjacent farmworker camp that was rendered inaccessible and left abandoned because of the project. A housing project was funded by the rail authority farther from the right of way, and the city’s obligation was to demolish the old camp. But the discovery of asbestos in the housing caused the demolition costs to soar to $10 million, which the city could not afford.

In a testy rail authority board meeting in March, Wasco city and school officials assailed the project’s efffect on their disadvantaged community, saying the abandoned camp had attracted squatters and drug dealers.

The grant would also fund an underpass deep enough to allow trucks to travel under both its tracks and nearby freight tracks, the authority said. Wasco City Manager Scott Hurlbert was quoted in a high-speed rail news release as saying the money “will resolve a tremendous financial burden for the city.”