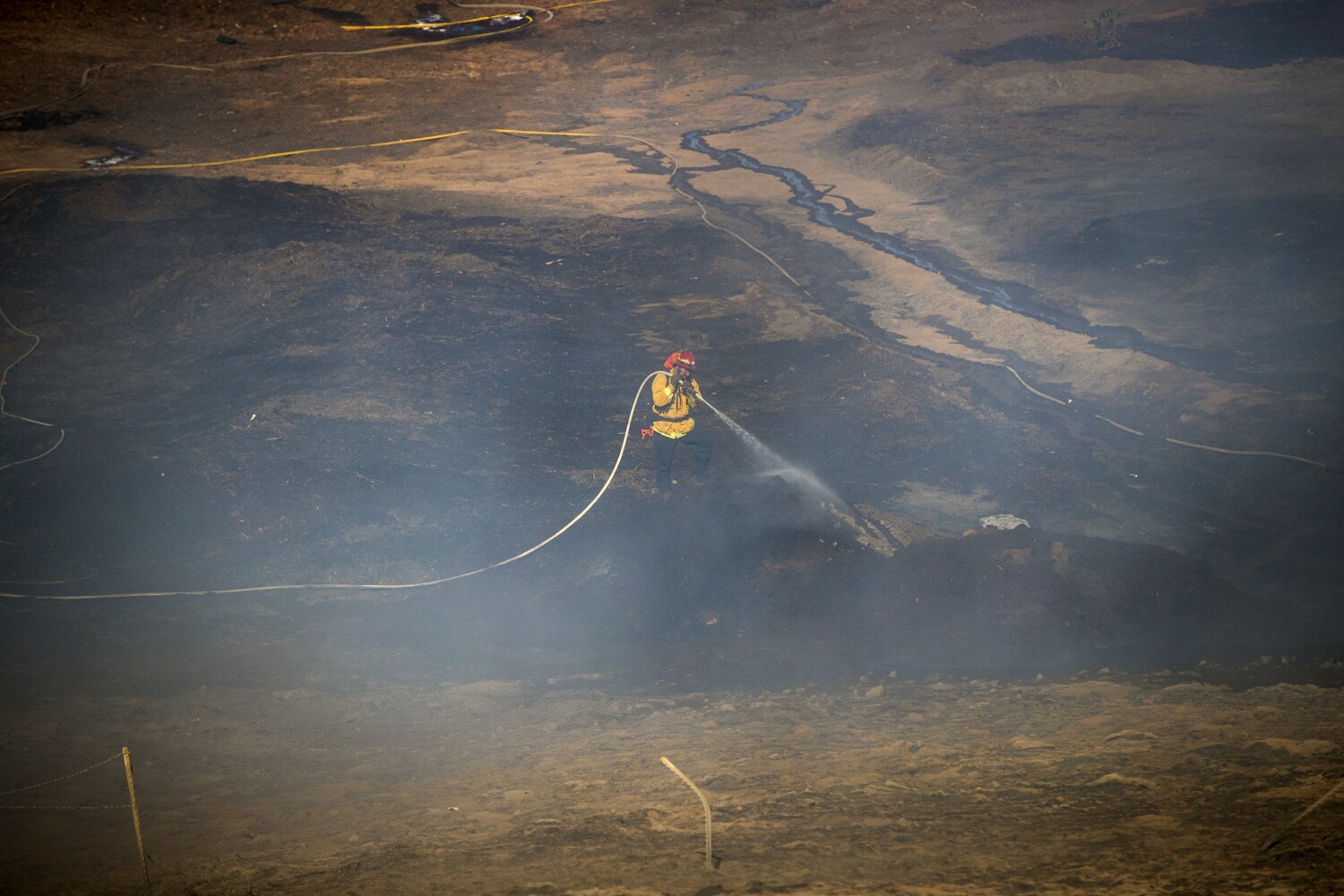 As dangerous winds subsided, Southern California Edison was working Friday to restore power to thousands of customers across Los Angeles and Ventura counties.

Santa Ana wind gusts peaked at 67 mph in North Hollywood and topped 80 mph in some mountain and hillside areas this week. The strong winds caused concern for critical fire weather in the region, eliciting a red flag warning from the National Weather Service and power shutoffs for nearly 64,000 homes across the region.

The shutoffs were necessary to reduce the danger of fire caused by utility lines knocked down by erratic winds, officials said. The strongest winds finally started to subside around 9 a.m. Friday, allowing restoration efforts to kick into gear.

“Before we can reenergize, we have to go out and inspect the lines,” Ben Gallagher, a spokesperson for Southern California Edison, said Friday. “Some areas are easier than others. In hard-to-reach areas, we may have to utilize helicopters — which we’ve been doing today — drones, and even foot patrols.”

He noted that the number of customers who are still without power was dropping rapidly as crews make their way through the region. As of Friday afternoon more than 25,000 residents in the region remained without power.

“The best thing for customers to do is to go to our website. That’s where they’ll find the most updated numbers and also sign up for alerts,” said Gallagher.

A spokesman for the Los Angeles Fire Department said there were downed trees in neighborhoods across the city, but the department was not aware of any serious injuries, fires or loss of life due to the falling trees.

The 23-acre Arlanza brush fire, which erupted last Sunday and forced the evacuation of some Riverside-area homes, flared up Wednesday morning but by early Thursday all evacuation orders had been lifted.

“Nothing has escalated in the wind and the winds are dying down. We expect the red flag fire conditions to end about, if not before, 6 p.m. tonight,” said LAFD spokesman Brian Humphrey.

Humphrey added that, even though the current winds have subsided, residents should continue to be cautious as they look to decorate their homes and start fires in their backyards and fireplaces.

“Trim your trees. Inspect your home for any wind damage, such as missing shingles, missing spark arrestor, any subtle damage that can cause long-term issues,” he advised. “Make sure your home and property are stable before the next windstorm.”