One killed in fire at Garden Grove residential rehab facility 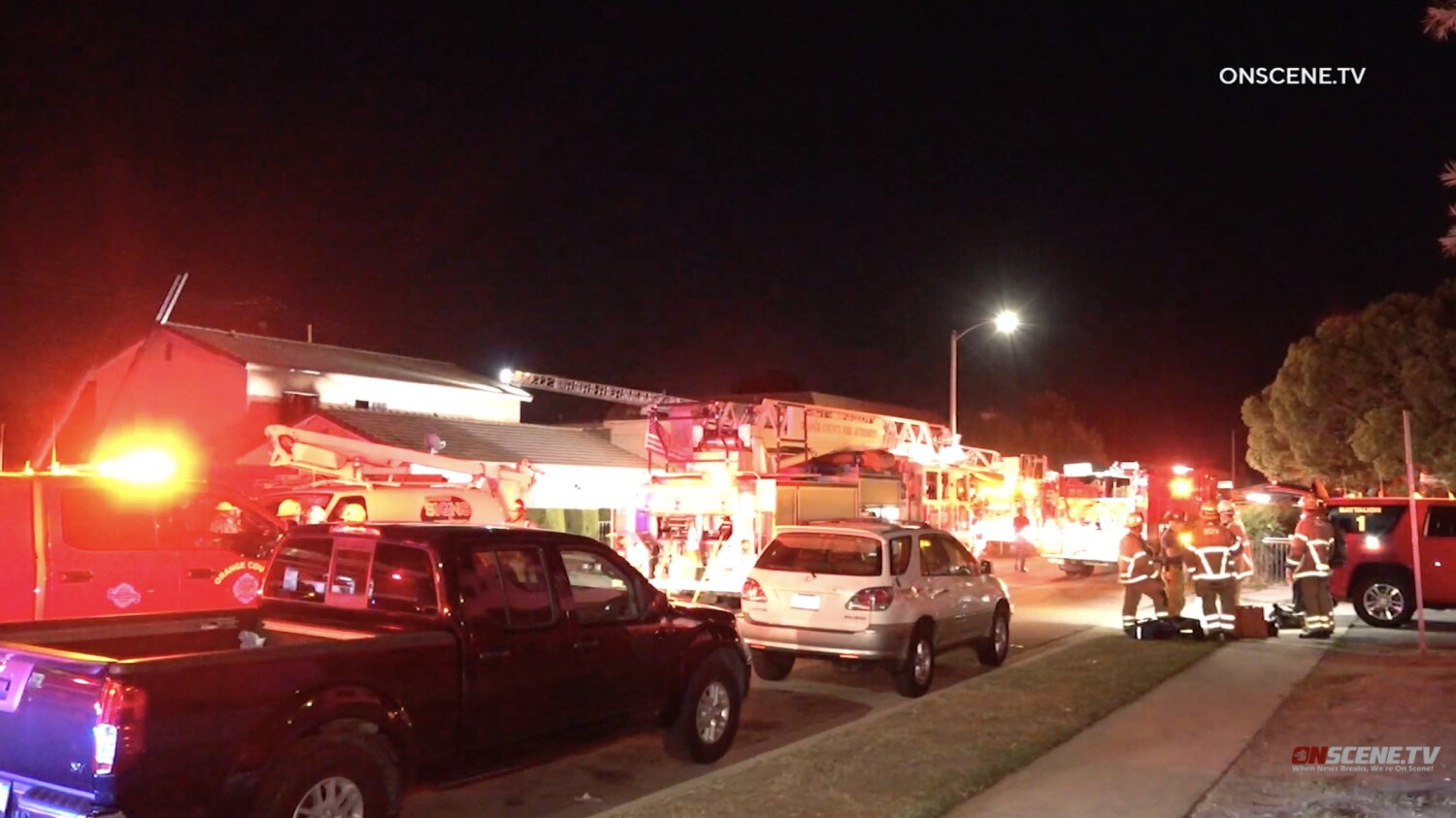 One person died and another was injured Sunday in a fire at a Garden Grove rehabilitation facility, the Orange County Fire Authority said.

When officials arrived in the 13000 block of Jefferson Avenue around 8 p.m., they found “heavy fire from a second-story window,” OCFA Capt. Nolan McGaughy told OnScene.TV.

The two-story house is a drug and alcohol rehabilitation facility, he said. According to property records, it has at least eight bedrooms.

Firefighters were able to confine the blaze to one bedroom upstairs, OCFA said in a tweet. One person was pronounced dead at the scene.

A second person, described only as a woman, was found injured on the front lawn, although it was not clear whether she had any connection with the property or was just passing by. She was taken to a hospital for minor injuries, OCFA spokesman Sean Doran said Monday morning.

Video of the scene showed ambulance lights, caution tape and a singed exterior above an upper-level window where the fire lapped at the structure.

Officials said as many as 12 people were displaced by the fire and were being assisted by the American Red Cross of Southern California.

“Smoke alarms were not present and/or working,” OCFA said in a tweet.

The cause of the fire remains under investigation, Doran said