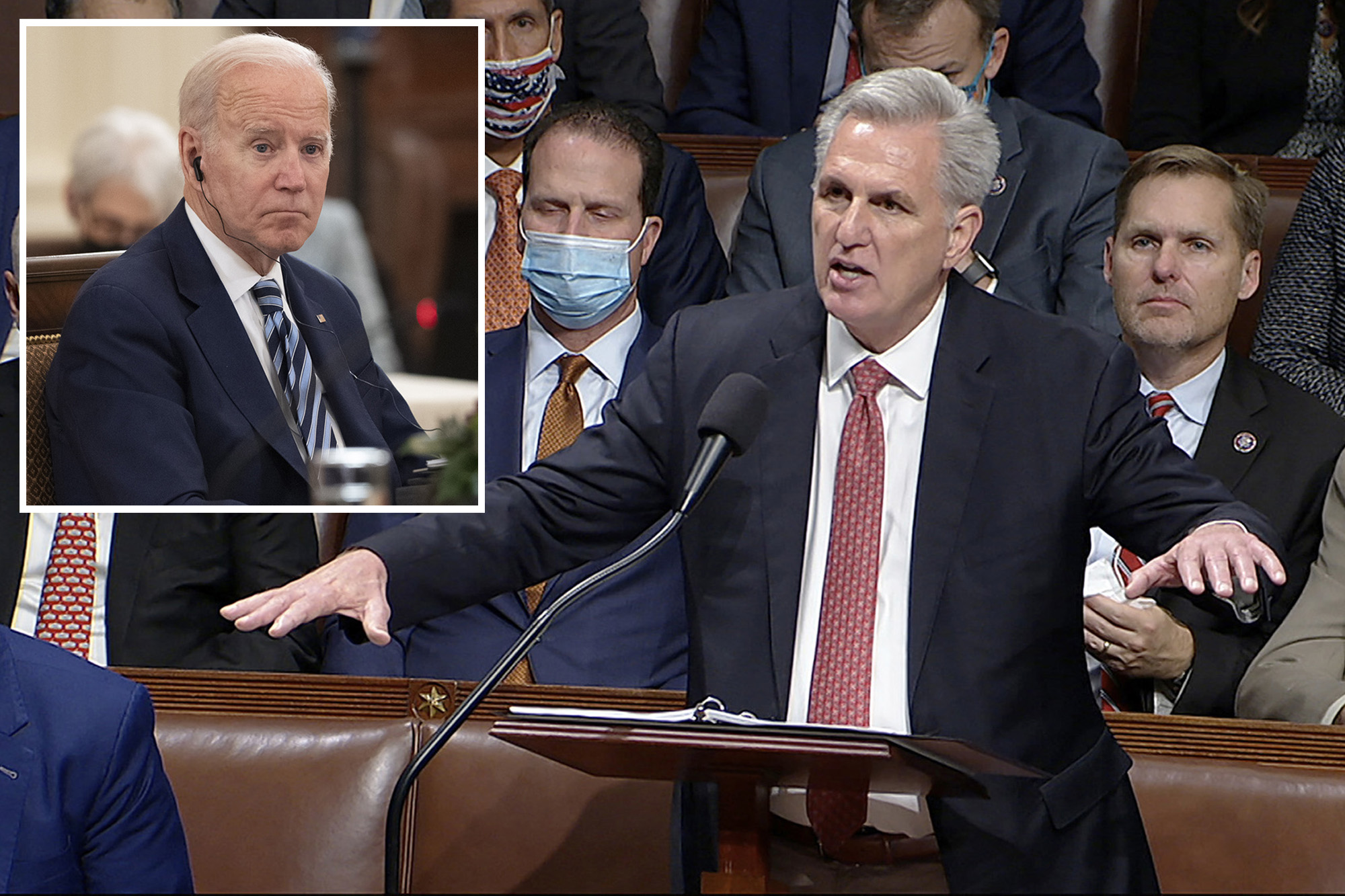 Republican Minority Leader Kevin McCarthy unleashed a marathon tirade overnight in opposition to the Democrats’ social spending bill, ranting for more than 8 hours straight on the House floor — breaking a record for the longest continuous House speech in modern history.

The California lawmaker, who spoke for 8 hours and 33 minutes, ripped President Biden’s $1.75 trillion Build Back Better agenda as the “single most reckless and irresponsible spending bill in our nation’s history.”

“Let me be clear: Never in American history has so much been spent at one time – at one time,” McCarthy seethed in his monologue, which began at 8:38 p.m. Thursday and finished at 5:11 a.m. Friday.

“Never in American history will so many taxes be raised and so much borrowing to be needed to pay for all this reckless spending.”

He ripped almost every proposal included in the “Build Back Better Act,” which Republicans insist will cause long-term damage to the US economy, as well as the Biden administration’s broader policies.

McCarthy’s prolonged performance effectively stalled a long-delayed final vote on the Democrat-backed legislation. He said the Dems were “out of touch” with the needs and wishes of ordinary Americans.

But the Republican lawmaker didn’t stop there. He then spewed a tirade of grievances that reached far beyond Biden’s legislative package, morphing into a diatribe of complaints over what’s wrong with the country and the Democrats who control Washington.

“If I sound angry, I am. I’m just getting geared up, go just sit,” he said after several hours. “I know you don’t like me, but that’s OK.”

Typically, floor speeches last one minute during the debate, but McCarthy used the prerogative granted party leaders to speak as long as they wish.

As minutes stretched to hours, it was clear his speech was becoming a moment.

He tore into Biden’s package as reckless overspending, chided Speaker Nancy Pelosi’s running of the House and swerved from topic to topic — inflation, immigration, the threat of a rising China, his childhood in California, the Lincoln presidency, the Jim Crow era, even the influence of the movie “Red Dawn” on his politics.

The House is expected to vote on the spending bill Friday.