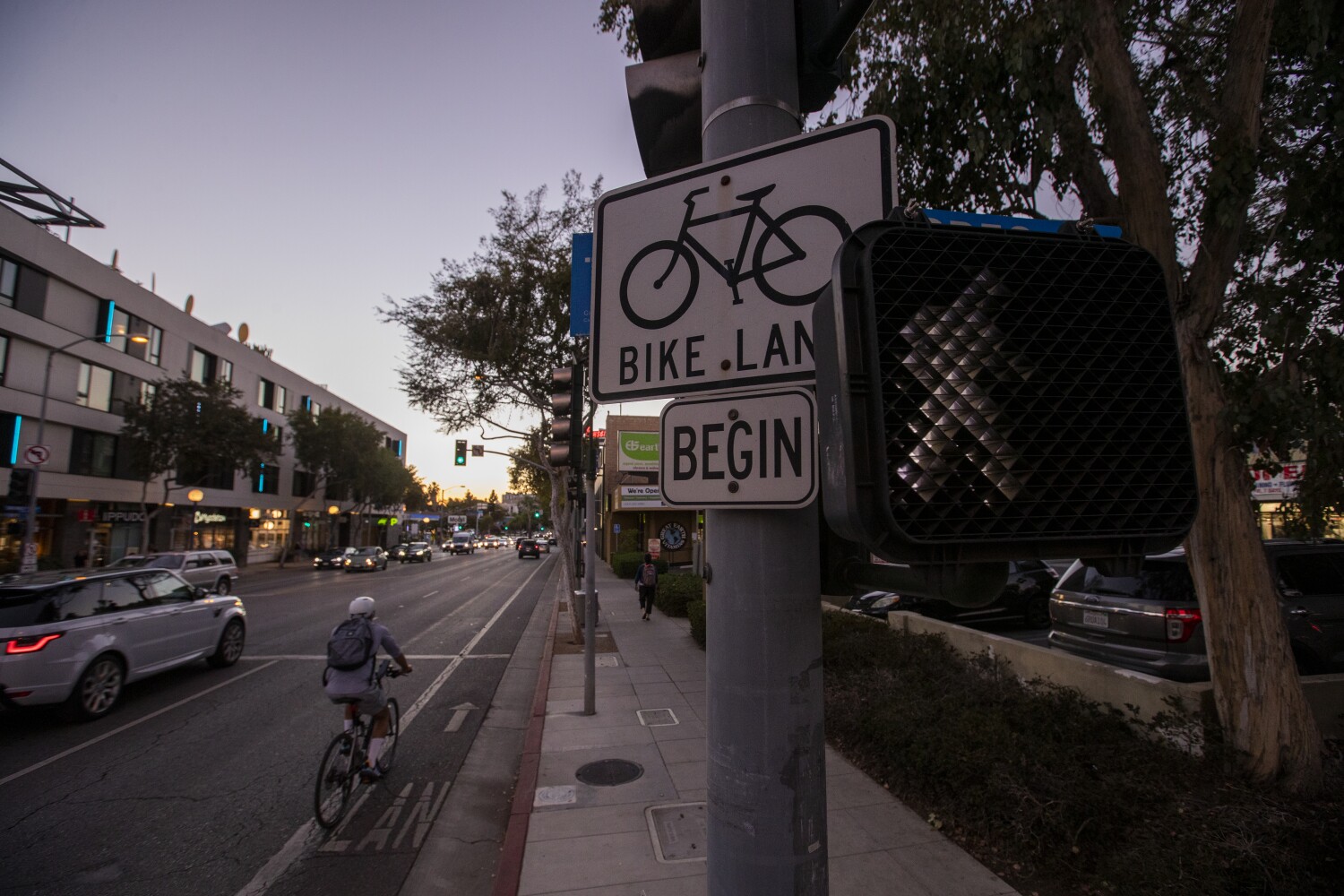 The Los Angeles County Board of Supervisors on Tuesday moved toward decriminalizing bicycling violations and ordered a review of “biased policing” the Sheriff’s Department uses to enforce such laws.

The moves, which the board approved unanimously, follow a Times investigation that found sheriff’s deputies search 85% of cyclists they pull over, and 7 of every 10 stops involve Latino cyclists. In poorer communities with large nonwhite populations, riders are stopped and searched far more often than in more affluent, whiter parts of the county, The Times found.

“Residents should not, in my opinion, be punished by the Sheriff’s Department due to their poverty, the color of their skin or their neighborhood,” said Supervisor Hilda Solis, who authored the motion with Supervisor Janice Hahn.

The Times analyzed more than 44,000 bike stops logged by the Sheriff’s Department from 2017 through July of this year.

Most bicyclists were held in the back seat of patrol cars while deputies rummaged through their belongings or checked for arrest warrants. Deputies discovered illegal items in 8% of searches, the analysis found. Weapons were seized 164 times — less than 0.5% of all searches.

The supervisors instructed county officials to look into developing a diversion program for people cited by deputies for infractions related to walking and bicycling. Diversion programs typically allow violators to avoid jail time or financial penalties if they do not commit another offense.

The board also asked officials to draft a change to the county code that prohibits biking on the sidewalk in unincorporated areas. The proposal would legalize riding on a sidewalk on unincorporated nonresidential streets that don’t have bike lanes.

Cyclists told The Times they ride on the sidewalk because it is safer than contending with cars on busy roads that lack bike lanes.

By contrast, West Hollywood, which is mostly white, has a higher percentage of streets with bike lanes. The city’s code allows bikers to ride on the sidewalk in areas with no bike lanes, and less than 1% of bike stops there were initiated because of sidewalk violations.

Surveys conducted by the nonprofit Los Angeles County Bicycle Coalition found that cyclists are twice as likely to ride on the sidewalk when streets have no bike lanes than than when they do.

“Until we formally change the law, and I think we should, and until we create more bike lanes, which I think we should, I hope that our sheriff will continue to work to prevent racial bias and unwarranted stops and searches in his department,” Hahn said.

The Sheriff’s Department did not respond to a request for comment. In the past, sheriff’s officials have defended the use of bike stops as a legitimate tool to fight crime and have argued that criminals use bikes to evade detection.

“We are not conducting traffic stops of persons obviously engaged in the use of a bicycle for exercise or amusement,” Lt. Lorena Rodriguez, a department spokeswoman, said in September.

Supervisor Holly Mitchell said The Times’ findings were “reminiscent of decades upon decades of ‘driving while Black’ experiences.”

“I’m not quite sure how law enforcement can visually determine whether a person is choosing to ride to get to school, to get to work, for recreation, for exercise, to ease traffic congestion, to improve air quality — all reasons and manners of which people choose to ride a bicycle,” Mitchell said.

The board, at Mitchell’s suggestion, directed county lawyers, oversight officials and the head of the county’s antiracism initiative to examine the Sheriff’s Department’s practices related to bike law enforcement and to determine whether they and the county code are in line with its antiracist policies and Vision Zero Plan, an initiative to eliminate traffic-related deaths.

“We’ll continue that analysis and use it to provide a response to the board and to advise the Civilian Oversight Commission,” he said.

The supervisors asked for an update on the directives in coming months.