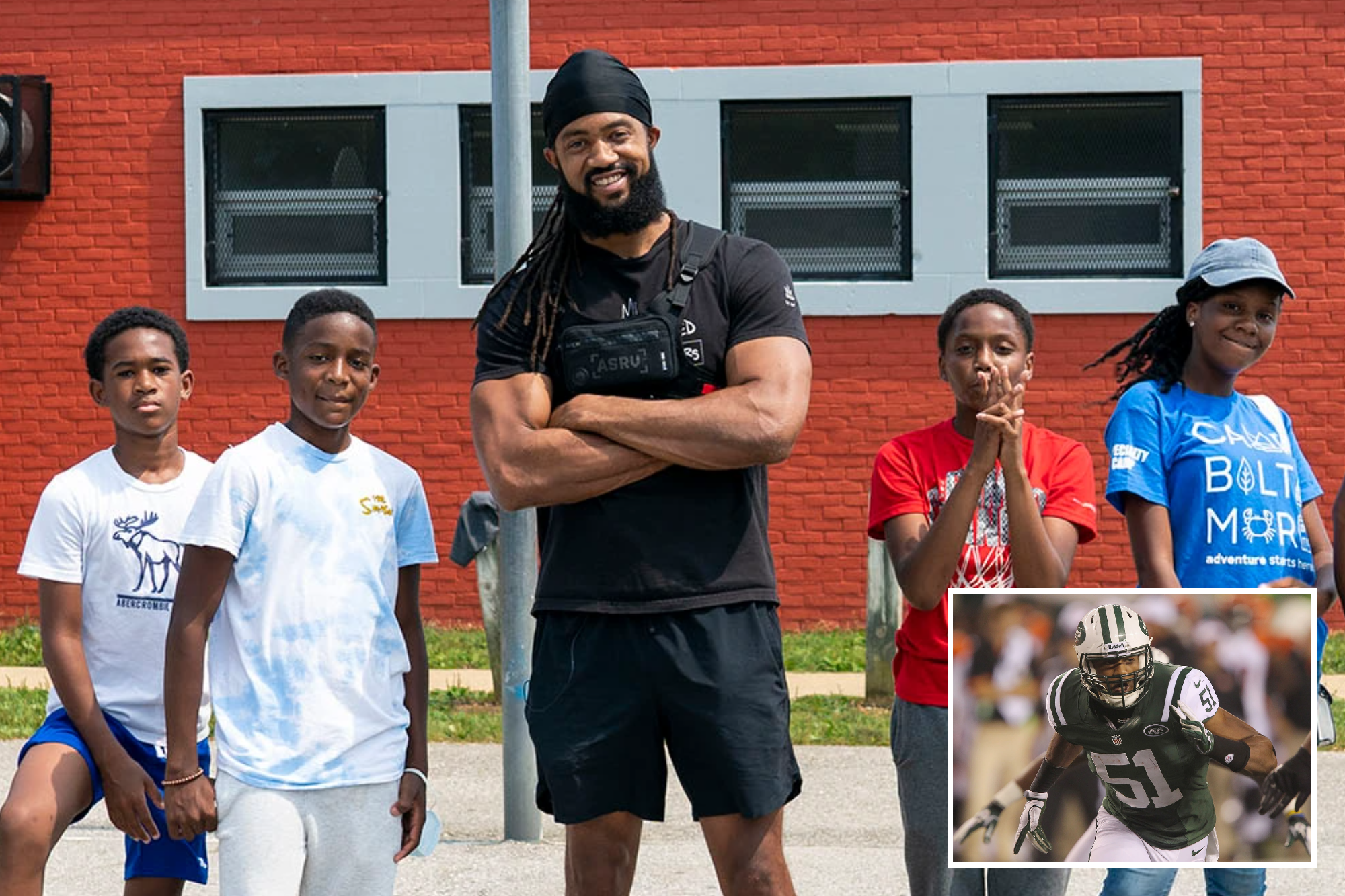 The former first-round NFL draft pick, known for a brief but ultimately unfulfilling run with Rex Ryan’s Jets, reflects on those Sundays and his everyday mission of creating possibilities in his hometown of Baltimore, from teaching kids to painting about the Black experience.

BALTIMORE — Aaron Maybin is off the clock. At least, officially.

He is relaxing, even if his mind can never rest. The sips of Hennessy and ginger, and drags of Black & Milds, support the cause, even if the distractions die moments after inception. The problems of the past and present, and their solutions, always remain in view. Maybin is raising a family, rebuilding a community, reshaping lives, reimagining the pictures and ideas and emotions bouncing around his brain.

The West Baltimore sun is hostile. The wind took a sick day. The temperature barely sits below triple digits. Maybin is comfortable. He wears a T-shirt and shorts. He sits in the shade on the front porch of his recently purchased rowhouse, shared with his girlfriend and five children. A newborn and a pandemic made the six-bedroom dwelling a draw. Its history offered more.

A placard stands out front, informing of the home’s past ownership by an African American suffragist, who hosted meetings at the historic landmark. The former Jets linebacker — turned teacher, artist and community activist — beams, recounting the origin story.