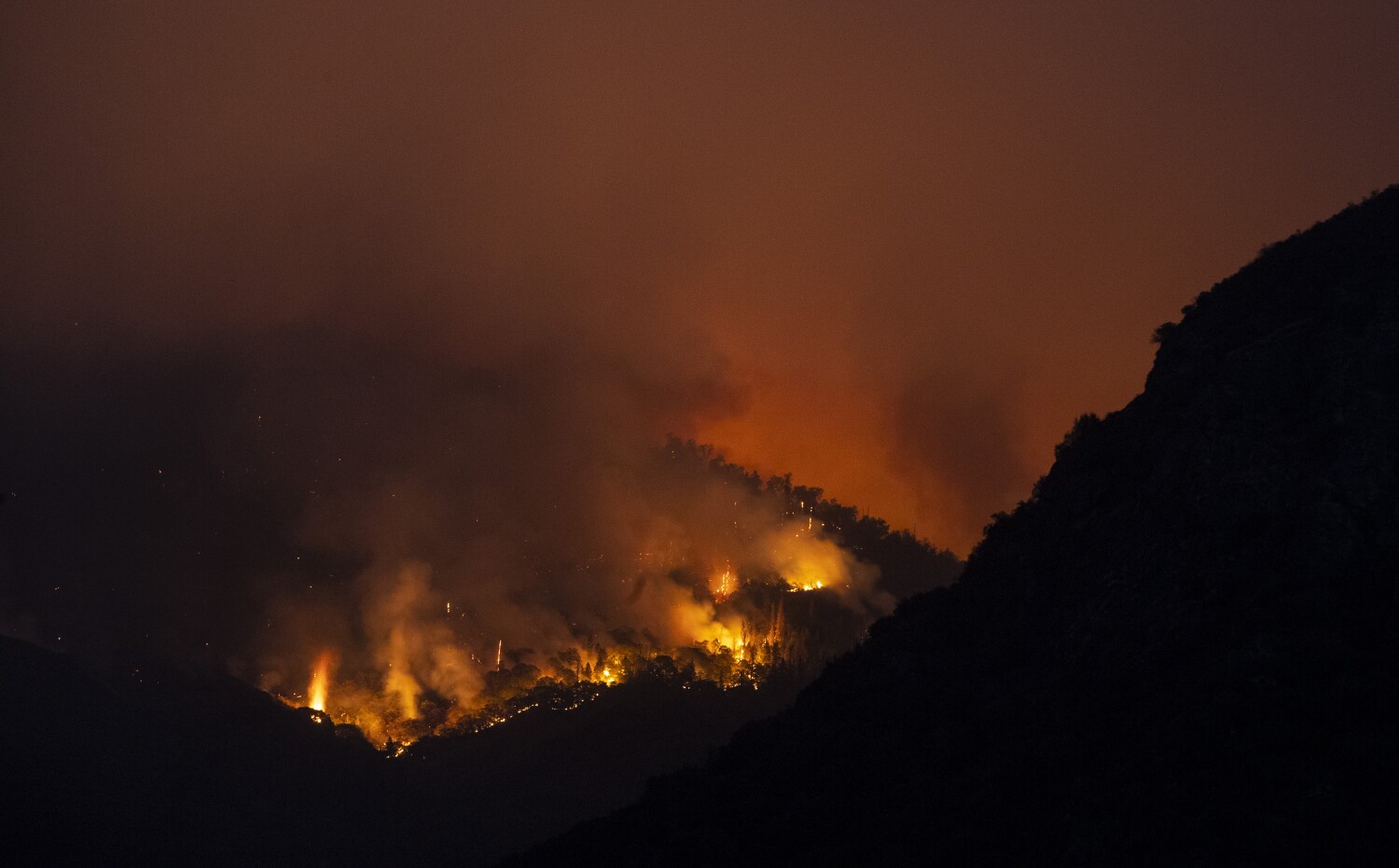 Authorities got a radio call around 3 p.m. Thursday stating that a tree had fallen and hit four people working on the fire, officials said.

“The patients were all brought to the nearest helispot and were transported by air to area hospitals,” officials said.

All four people suffered serious injuries but were in stable condition as of Thursday night, officials said.

Authorities did not specify whether the four injured people were firefighters.

Follow-up questions submitted by The Times were not answered.

Since igniting from a lightning strike on Sept. 9, the KNP Complex fire has emerged as one of the highest-profile wildfires in a historic season marked by never-before-seen fire behavior, such as burning from one side of the Sierra Nevada to the other.

Flames consumed 85,952 acres and the fire was 11% contained as of Thursday night.

Authorities around the state, meanwhile, continue to worry that the high-intensity flames may have killed hundreds of giant sequoias as they tore through 15 groves in Sequoia and Kings Canyon National Parks.

Officials plan to survey the area to accurately assess the damage.

Further information about Thursday’s KNP Complex incident was not available.