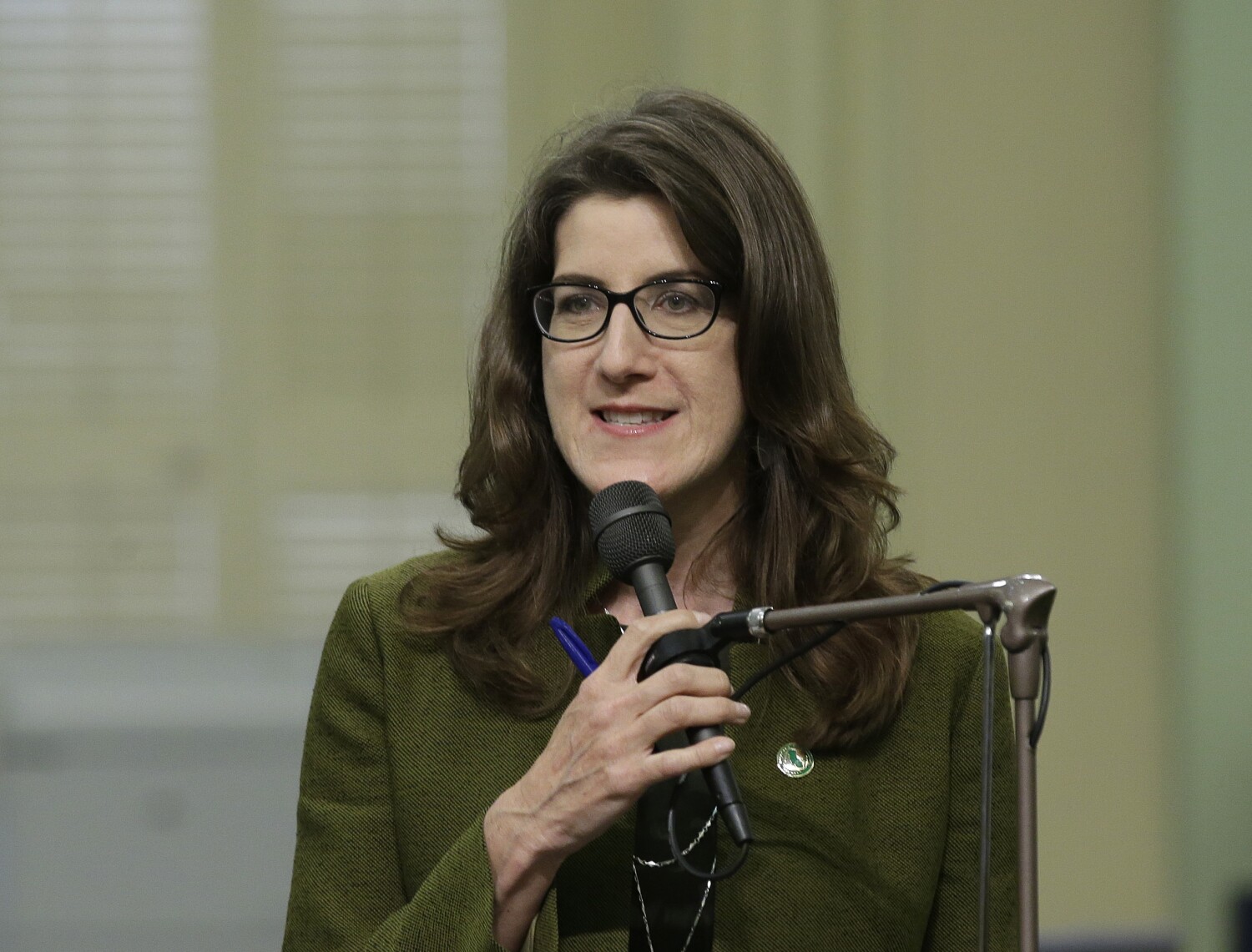 A campaign finance investigation against a top official at California’s political watchdog agency sat in limbo and hidden from public view for months, raising questions about whether the government organization holds its own members to the same standard as candidates and campaigns across the state.

The complaint filed against Catharine Baker, a member of the California Fair Political Practices Commission and former Republican legislator, was filed in April with the agency’s enforcement division. On Nov. 12 — the same day The Times requested information regarding the case — the FPPC enforcement division recused itself from the investigation and asked Atty. Gen. Rob Bonta to assume control.

“I’m very surprised by this,” said Bob Stern, former FPPC general counsel. “The question then becomes, what other cases are they not disclosing? Is this one bad example or typical of how they are operating?”

Fair Political Practices Commission Chairman Richard Miadich said he instructed staff members months ago to move the case to the attorney general and provided a copy of an email dated April 29 confirming that direction. But he said he didn’t know why the transfer of the case didn’t happen until just a few days ago.

“We have never had a situation where a sitting commissioner has had a complaint filed against them,” Miadich said Monday. “We needed some time to do our homework.”

A statement from Bonta’s office confirmed receipt of the investigation but offered no other details.

Baker was appointed to the commission last December, one of five members who oversee the implementation and enforcement of California campaign finance laws. She served in the state Assembly from 2014 to 2018 representing portions of the eastern Bay Area and disputes the allegations contained in the anonymous complaint, submitted through the FPPC’s online system in April.

“The anonymous complaint is incorrect, both on the facts and on the law,” Baker said in a phone interview.

At issue is whether she failed to properly file paperwork related to a possible 2030 campaign for the state Assembly and whether additional disclosure of donors was required when transferring $125,000 in leftover funds from her 2018 campaign committee to an account for a possible future campaign.

“Our filings were complete and accurate and filed on time with the advice of legal counsel to ensure full compliance,” she said.

Complaints made against political candidates and campaigns are reviewed by the state commission’s enforcement staff. If an investigation is launched, FPPC officials inform the parties in question and disclose the inquiry in an online system the public can access.

But after the staff examination into Baker’s activity began, the information was not displayed in the online database. Miadich told The Times that the agency’s “transparency portal” is designed to provide information on cases under the commission’s jurisdiction and that, in this case, the information being gathered by FPPC staff members didn’t fall under that category.

“At no point were we actively investigating this complaint,” he said.

On Nov. 12, The Times asked the commission’s press office whether an investigation into Baker was underway and, if so, the status of the inquiry. That same day, Chief Enforcement Officer Angela Brereton sent a letter to Bonta asking his department to take over the case.

“Because Commissioner Baker is currently in office, the Commission is recusing itself from this matter,” Brereton wrote, also noting that FPPC staff members “have not made any determination” on whether Baker had violated state campaign finance regulations.

Miadich said Monday that Brereton could have made clear that plans to transfer the case had been in the works for some time.

“I think it would have been helpful for her to contextualize that letter,” he said.

Stern, a co-author of California’s landmark Political Reform Act, said that the commission’s actions could be perceived to some as giving Baker special consideration and that FPPC investigators should have quickly handed the case over to Bonta.

“It’s all appearances,” he said. “You don’t want to be investigating your own agency, particularly commissioners.”