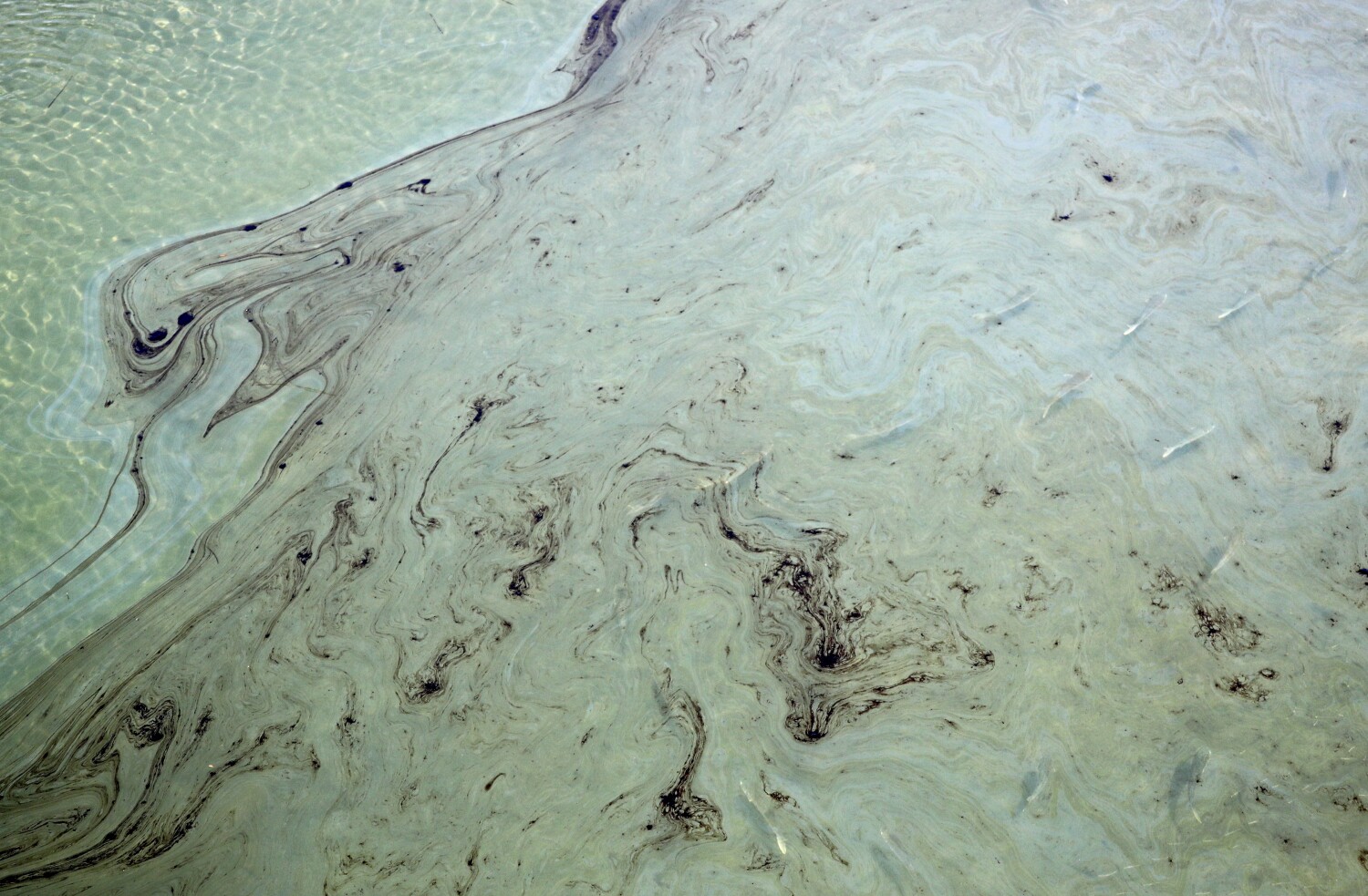 Federal authorities Thursday boarded the container vessel Beijing in Long Beach, identifying it as a second ship under investigation in the Orange County oil spill.

Authorities from the U.S. Coast Guard and National Transportation Safety Board believe a ship’s anchor hit an oil pipeline off Huntington Beach and eventually led to the Oct. 2 spill.

Braden Rostad, chief of investigations for Los Angeles-Long Beach, determined that the Beijing was involved in a Jan. 25 anchor-dragging incident during heavy weather at the ports of Los Angeles and Long Beach, the Coast Guard said in a statement. As a result of the Coast Guard findings, it has designated the ship’s owners, Capetanissa of Liberia and the operator V-Ships Greece Ltd. as parties of interest in the investigation.

Rostad had previously identified the MSC Danit, another large cargo vessel that was being investigated for anchor dragging.

Coast Guard Capt. Jason Neubauer, who is leading the investigation, told The Times, “both vessels could be involved” in dragging the pipeline off Huntington Beach with their anchors earlier this year.

The anchor-dragging occurred near a pipeline that runs from an oil platform to the Port of Long Beach. That pipeline was discovered to be the source of the Orange County oil spill Oct. 2 An oil sheen was first spotted that evening by a vessel 4½ miles off Huntington Beach, then detected by the National Oceanic and Atmospheric Administration.

The pipeline was intact in October 2020 when the company that operates it last did an inspection, and the marine growth visible around the displaced section of the pipeline indicates the anchor drag probably was not recent, said Neubauer.

Investigators suspect an initial anchor strike displaced part of the pipeline many months before the spill, stripping away its concrete casing and causing it to be more vulnerable to other potential anchor strikes or environmental stressors.

As they attempt to determine when that first strike occurred, the investigating team is focusing on a storm that brought strong winds to the area over two days in late January.

Data of vessel movements reviewed by The Times show MSC Danit moving over the pipeline while in high winds Jan. 25, before eventually moving out to the channel near Santa Catalina Island.

The Coast Guard has designated Mediterranean Shipping Co., the operator of the vessel, and Dordellas Finance Corp., its owner, as parties of interest in the ongoing investigation.

Those designations provide the owner and operator of the MSC Danit the opportunity to be represented by counsel, to examine and cross-examine witnesses, and to call witnesses who are relevant to the investigation.

Coast Guard officials have said several ships are under investigation.

Coast Guard investigators plan to bring in experts to determine how long ago the pipe was damaged and when it began leaking.

The service also sent its own team of divers to gather evidence.

Multiple state and federal investigative agencies are already examining whether any criminal violations occurred with the pipeline leak.

The FBI is now assisting with the criminal investigation, which among other things is examining whether there was a negligent discharge of oil into navigable waters.