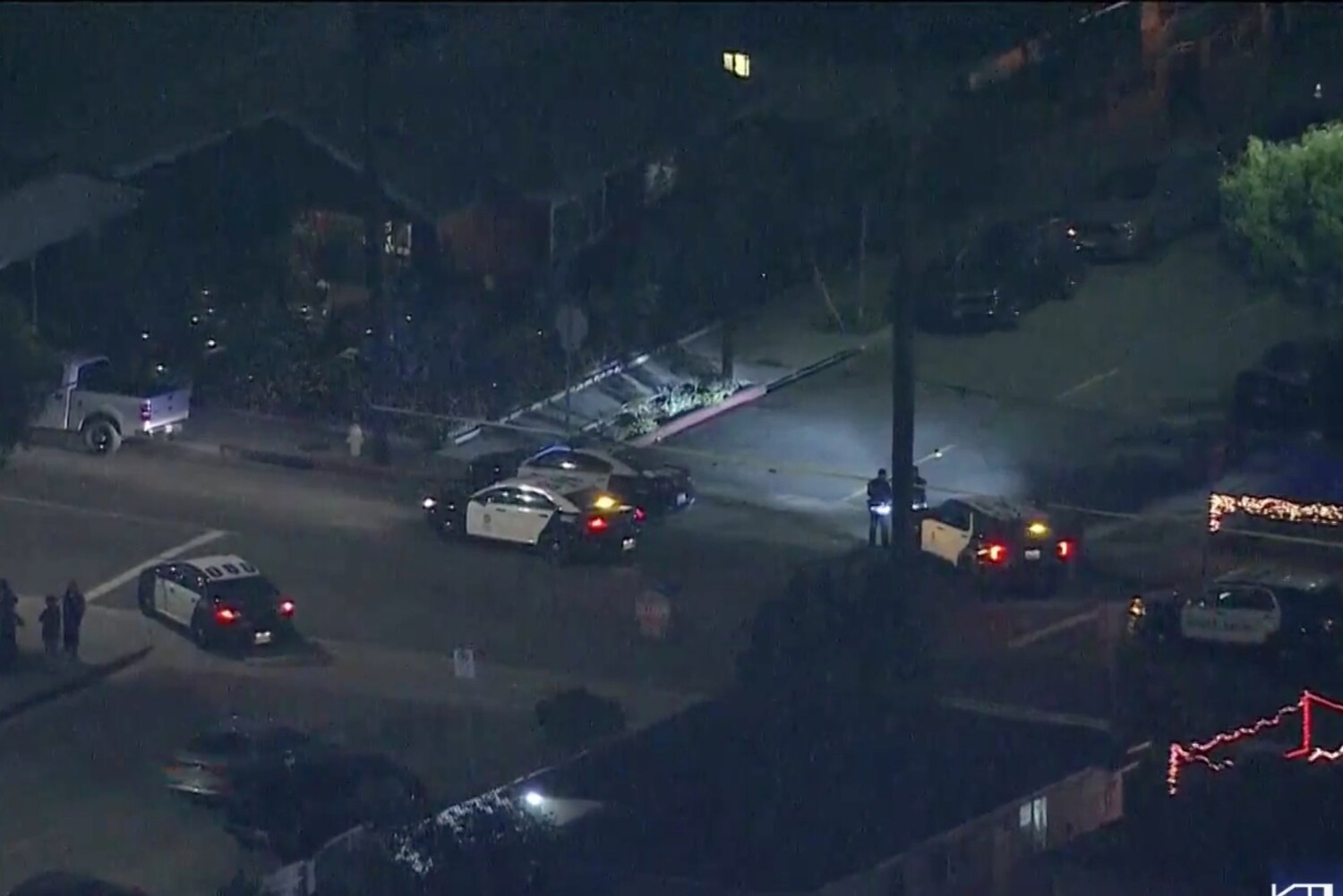 A 13-year-old boy was killed and two other people were injured, including a 9-year-old girl, in a shooting in Wilmington late Monday afternoon, authorities said.

The boy was taken to a hospital, where he died of his injuries, Lopez said.

The boy was a passenger in a Dodge Durango driven by the third shooting victim, a woman who is about 20 years old, LAPD Capt. Adrian Gonzalez told the Daily Breeze on Monday night.

The SUV was stopped when two armed suspects approached and opened fire, Gonzalez said. The woman drove away before stopping in the 800 block of Eubank Avenue, where someone called 911.

Paramedics took the boy and woman to a trauma center, where the boy was pronounced dead, Gonzalez told the Breeze. The woman was in critical condition but was stable and undergoing surgery.

Information on the woman and boy’s relationship was not available Monday night.

A 9-year-old girl playing nearby at Wilmington Park Elementary School was hit by a stray bullet, prompting a separate 911 call, Gonzalez told the Breeze. She was hospitalized in critical condition, he said.

The Los Angeles Fire Department initially reported the calls as two separate shooting scenes, but police later clarified there was a single location.

Principal Luis Rivera confirmed the girl is a fourth-grade student, according to the Breeze. She was participating in an after-school program when she was shot.

Classes will be held Tuesday with additional security measures in place, the Breeze reported. Counselors will also be made available to students and staff members.

Investigators were determining whether there were any suspects other than the two armed people who approached the Dodge, Gonzalez told the Breeze. A motive wasn’t known Monday night.

The three victims are Wilmington residents but none lived in the neighborhood where the shooting occurred, according to the Breeze.

“I am horrified by the gun violence that hit the Wilmington community this evening,” said L.A. County Supervisor Janice Hahn, who represents Wilmington. “This is such a tragedy. Gun violence has destroyed too many lives in this country and tonight it has terrorized another community. I am praying for the family of this little boy and for the recovery of the little girl and young woman.”

L.A. City Councilmember Joe Buscaino, whose district includes Wilmington, said that the community was in mourning and that parks and playgrounds should be safe havens for families.